Web Developers in New Westminster, BC

We design websites that grow local New Westminster brands and drive traffic to your company.

Get A Quote Today

A website is a brand touchpoint, a business tool, and a place to drive critical conversions. A great website can be an engine of business growth. A poor site can inflict damage on your brand.

But outstanding web design isn’t easy. Today’s audiences have high expectations. You have seconds – maybe milliseconds – to convince visitors in New Westminster that your site is worth their time.

With our experience, Partopia Digital creates websites to exceed audience expectations. We build sites to perform with a focus on strategic planning, compelling visual design, and flawless user experience, in order to drive superior results.

Our websites look great on any Device.

Bring your website into the modern age with Partopia Digital’s responsive web design services. We’re a web design agency serving New Westminster, but we work with clients around the country. Drop us a line, good things are waiting!

Every website is built to achieve different goals – from sales, to leads, to engagement from local New Westminster residents. But to create a website that actually meets those goals, it’s critical to design the right way.

Design for your users

Put the needs of the site’s users first. If you don’t know what users’ needs are, ask them. As a user-centered agency, this principle is the foundation of everything we create.

Design with a purpose

A great website has beauty and brains. Naturally, it should look good. But it also needs to be built with a clear view of its most important goals and conversion points, and how the website will support users on their journey toward those goals.

A site must be designed in such a way that people can find it – and that starts with visibility to search engines. A good site should be technically optimized, and built so that there are relevant, engaging landing pages for users to land on.

Kicking the tires on a new agency in New Westminster?

How long will it take to complete the website?

This is variable on how simple to complex the website. This is set by you. However, the average, standard website will take 1-3 weeks to deliver. With larger projects requiring 3-6 weeks to complete. Other factors such as communication, revisions, and functionality will also influence the completion timeline.

Do I need to provide a lot of input in the website design process?

This is your website, and we intend on ensuring you are thrilled and proud of the results. We will be sending a lot of questions your way regarding your needs, expectations, and overall concept, look, and functionality. Just fill it in the best you can, and we will figure out what is missing together.

Your website needs long-term care, security, and attention. Thus, a lack of such can leave your site vulnerable to hackers or bots. We can provide regular WordPress and/or Plugin updates, website backups, and more via our hosting and maintenance services.

If you choose to maintain your website and hosting on your own through a different hosting package, we will assist you in migrating the website upon completion without added cost.

A big-time component of a website is content writing which requires a lot of prior research and experience. Therefore, because you are the expert of your business, it is usually best that it comes from you.

However, we let you as the client decide if you want to write your own content and pay less, or outsource to us and pay set price per page.

Do you create WordPress Websites?

WordPress is the best for content management systems and is universally established as the standard for websites. It is great for its vast flexibility and ease of use. The internal tools, plugins, and options it offers us lets us create the best websites for our clients. But if you want your website built in another platform such as Shopify, our team is ready to help.

Do you have hidden fees?

Nope! Our core value is transparency, and we deliver exactly what we pledge in the purchase of each quote.

How can I pay?

Our business accepts all major credit and debit cards, as well as PayPal transfer, and e-transfer.

With that being said, we do prefer e-transfers as it is secure, fast, and there are no fees involved.

How do we get started?

Schedule a call or email [email protected] with specifics.

Upon your approval of the quote, you can pay the full quote price or for larger projects, choose to pay 50% now and 50% before delivery.

What is special about New Westminster?

The City of New Westminster
New Westminster is the previous capital of British Columbia and well known for its legacy structures, waterfront region, different celebrations and Queens Park.

The city is situated on the north bank of the Fraser River. It’s lined by Burnaby toward the north and west, and Coquitlam toward the upper east. Surrey is southwest of New Westminster on the opposite side of the stream, and Vancouver is around 20 km or a half-hour drive toward the west.

New Westminster is genuinely all around served by open transportation. The New Westminster and Columbia Street SkyTrain Stations are near the waterfront, and in the mid-year, the Q to Q Ferry runs between the Queensborough and Quayside areas.

What is there to do in New Westminster?

Columbia Street – a road fixed with legacy structures and an astonishing number of wedding stores.
Place of Comedy – a live stand-up satire scene in the Columbia Theater on Columbia Street.
Fraser River Discovery Center – an instructive fascination that includes few shows.
Massey Theatre – New Westminster’s community theatre.
Paddlewheeler Riverboat Tours – a visit boat organization that offers trips along the Fraser River.
Sovereigns Park – an enormous and well known metropolitan park.
Westminster Quay – a waterfront improvement worked around the hour of Expo ’86 during the 1980s that incorporates a walkway along the Fraser River, the River Market retail outlet and various cafés.

Let’s start a conversation and find out how we can help your business in New Westminster, BC grow with our web design and marketing know-how.

About New Westminster, BC

New Westminster (colloquially known as New West) is a city in the Lower Mainland region of British Columbia, Canada, and a member municipality of the Metro Vancouver Regional District. It was founded by Major-General Richard Moody as the capital of the new-born Colony of British Columbia in 1858, and continued in that role until the Mainland and Island Colonies were merged in 1866. It was the British Columbia Mainland's largest city from that year until it was passed in population by Vancouver during the first decade of the 20th century. It is located on the banks of the Fraser River as it turns southwest towards its estuary, on the southwest side of the Burrard Peninsula and roughly at the centre of the Greater Vancouver region. == History == Before the settlers arrived from various parts of the world, the area now known as New Westminster was inhabited by Qayqayt First Nation. The discovery of gold in B.C. and the arrival of gold seekers from the south prompted fear amongst the settlers that Americans may invade to take over this land. Richard Clement Moody arrived in British Columbia in December 1858, at the head of the Royal Engineers, Columbia Detachment, having been hand picked to “found a second England on the shores of the Pacific”. Moody ‘wanted to build a city of beauty in the wilderness’ and planned his city as an iconic visual metaphor for British dominance, ‘styled and located with the objective of reinforcing the authority of the Crown and of the robe’. Subsequent to the enactment of the Pre-emption Act of 1860, Moody settled the Lower Mainland and selected the site and founded the new capital, New Westminster. Moody and the Royal Engineers were trained in settlement and selected the site because of its defensibility: it was farther from the American border than the site of the colony's proclamation, Fort Langley, possessed "great facilities for communication by water, as well as by future great trunk railways into the interior", and possessed an excellent port.

Neighborhoods in New Westminster, BC

Things To Do in New Westminster, BC 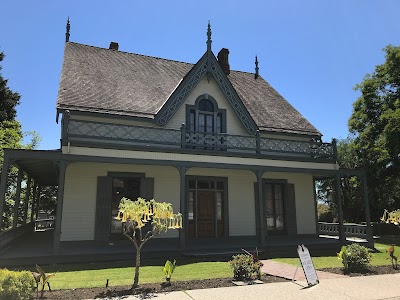 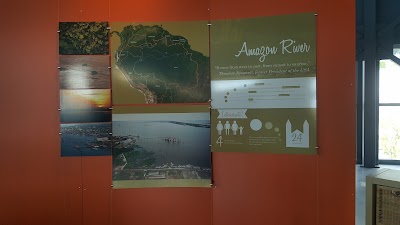 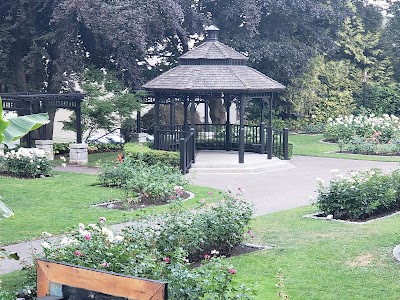 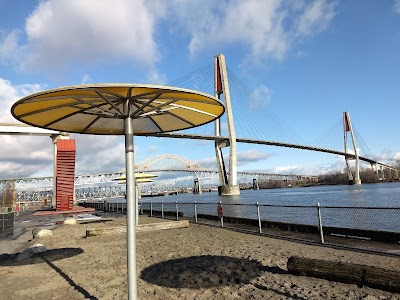 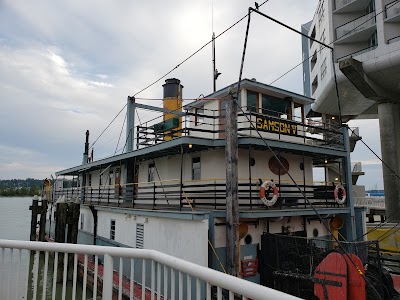 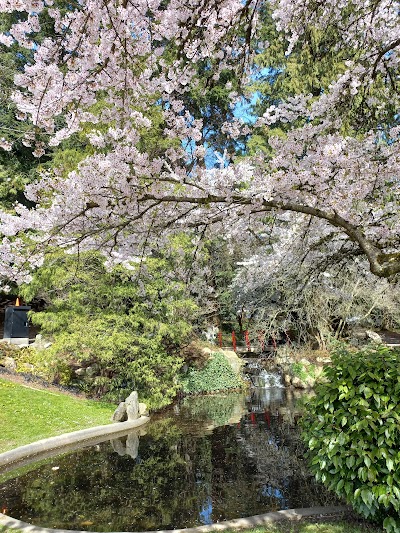 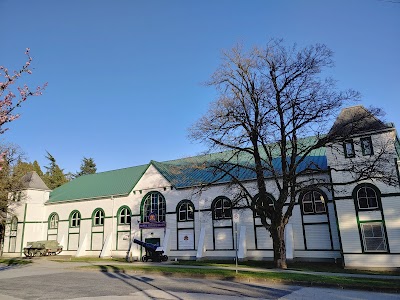 The Museum of the Royal Westminster Regiment Historical Society 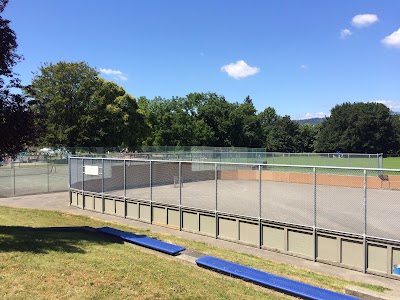 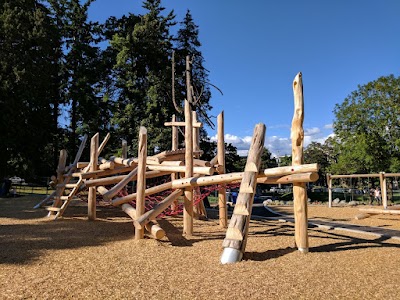 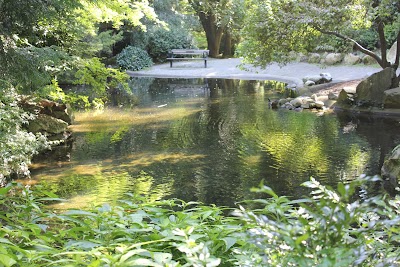 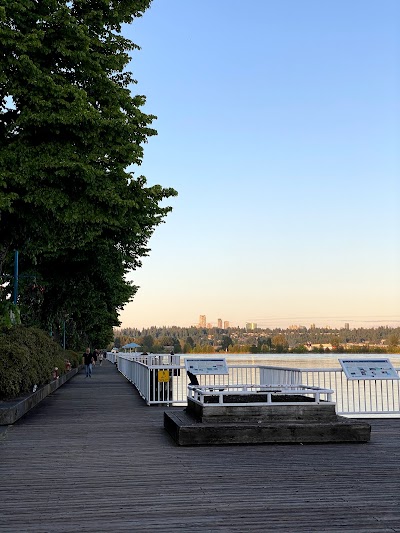 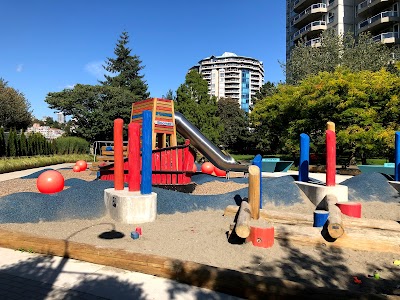 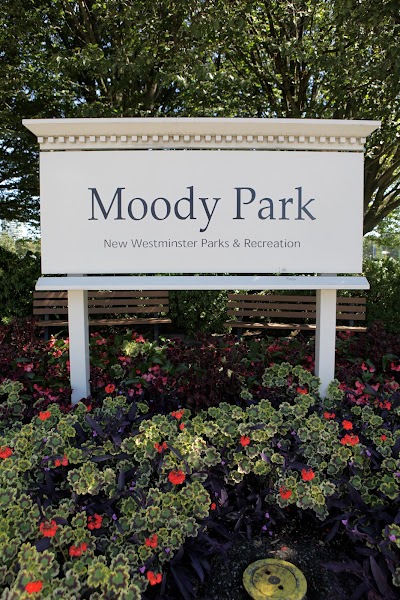 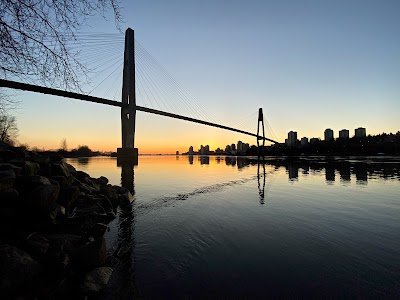 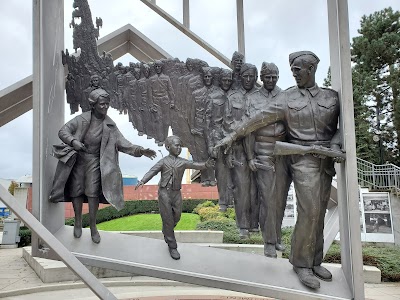 Wait for Me Daddy Sculpture 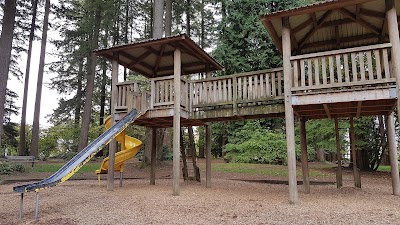 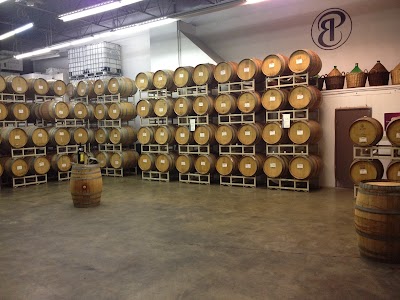 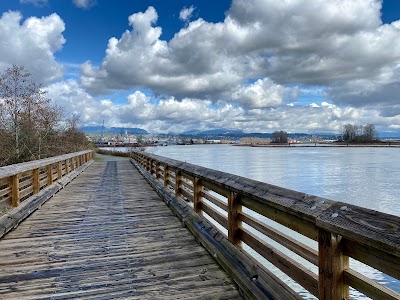 Bus Stops in New Westminster, BC to Partopia Digital

Map of New Westminster, BC

Driving Directions in New Westminster, BC to Partopia Digital

Driving Directions from The Web Geeks to Partopia Digital

Partopia did a superb job. They were creative and came up with clever options to make my website stand out. The team is very responsive - felt like 24/7. They know website design. No need to look any further.

Ary has designed my website twice now, and I'm very pleased with the job he's done. His designs are professional and sophisticated. He’s very knowledgeable about SEO, analytics, high speed loading and anti-spam features, yet makes the site user-friendly for readers who are not as tech savvy. He caters to service based businesses but his portfolio shows an ability to showcase other types of businesses. Highly recommended!

Excellent, working with web designer express was great. Thanks to their knowledge and determination our website looks great and functions really well. I recommend anyone that is looking for a custom website to give them a call and speak to Partopia Digital Surrey, they will guide you in the right direction.

Great team and super responsive. They know what they are doing and I would recommend them to other brands looking to grow!

The firm's website has higher searchability thanks to partopia Digital Surrey's efforts. The team understood and worked to reach the client's goals. The client is impressed with the fast result and the continuous communication of the vendor.

© All rights reserved. Partopia Digital. Made with Love.